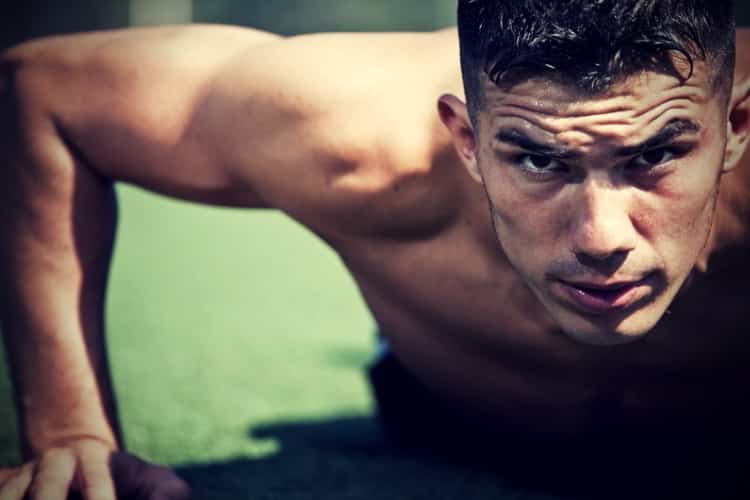 Ecdysterone is a chemical compound that for a short time has been very fashionable thanks to the properties attributed to it. Among these properties stands out that of promoting muscle hypertrophy as if it were an anabolic steroid, but without presenting the drawbacks of these. Such is the effect attributed to it that a notable number of scientists have already suggested that ecdysterone be included in the World Anti-Doping Agency (WADA) list of doping substances.

Let’s find out what this compound is and the effects it can produce in terms of muscle gain.

Ecdysterone is a chemical compound present in some plants and some insects. In the latter, it is responsible for controlling part of the growth of the larvae, as well as serving as protection against other insects. We can find references to ecdysterone such as ecdysterone, ecdysterone, 20 hydroxyecdysones or beta-ecdysterone. This compound belongs to the family of ecdysteroids, used for many years by elite athletes to help improve their muscles and sports performance. The name of these compounds (ecdysteroid) comes from the following terms:

Ecdysis: this is the process by which insects shed their skin.

Steroid: it is the molecular structure of insects, and that in arthropods is synthesized from cholesterol.

The main property for which ecdysterone has risen to fame is its ability to promote muscle mass gain. This is because they can increase carbohydrate metabolism, fatty acid metabolism, protein synthesis, and improve physical performance.

In mammals, ecdysterone acts through the agonism pathway with estrogen receptors of the beta type, which are responsible for this anabolic effect.

Ecdysterone is responsible for causing a non-genomic response that will activate a receptor that is located on the G proteins (Guanine nucleotide-binding protein).

These proteins are responsible for initiating a series of consecutive reactions that cause calcium to leave the sarcoplasmic reticulum and enter the cell cytosol. This will generate a positive gradient that allows calcium to enter the interior of the cell.

By increasing calcium within the cell, the Pl3K / AKT transduction pathway will be activated, which in turn is responsible for the activation of the mTOR metabolic pathway and other reactions that aim to increase protein synthesis.

All of this occurs without ecdysterone agonizing with androgen receptors, something that does occur with anabolic steroids and with some MRSA.

What advantages does this have? That after having consumed ecdysterone it will not be necessary to restore the hormonal axis as it happens with other products.

Studies carried out on mice using injections of ecdysterone have shown that there is an increase in insulin-like growth factor hormone (IGF-1), and in luteinizing hormone (LH).

On the other hand, it decreases the amount of corticosterone and estradiol (E2), and does not affect the concentration of other hormones present in the body such as prolactin, testosterone or thyroxine.

These studies on mice demonstrated that in these animals there was a significant increase in the musculature of certain parts of the body, due to the increase of type II muscle fibres.

These fibres are the fast fibres, and they are the ones that can develop the most hypertrophy. By tuning a little more, type IIB fibres will be the ones that will achieve the greatest effects.

Currently, the number of nutritional supplements with ecdysterone is quite high if we compare it with the number existing a few years ago. When purchasing a buy ecdysterone supplement, we can choose different formats and amounts. For example:

The Benefits Of Strengthening Your Core